Secondary or repairing rhinoplasty (after a previous surgery or accidents)

When you have already been through a rhinoplasty (functional or aesthetical) and you do not achieve the appropriate result, we should consider the need of a secondary repairing procedure. Usually functional and breathing difficulties show up, due to a bad handling of the system of the nasal support. Moreover important aesthetic flaws can show up, that were not solved by the prior doctors.

The repairing rhinoplasty is not an easy and fast procedure, and because of that our work team assesses in depth each case before setting out an alternative in a complete aesthetics nasal reconstruction.
In many occasions, patients consult us after suffering a nasal traumatic or tumoral injury. In each case we will assess which are the fundamental elements to reconstruct as well as the sequence of logical and proper action of each patient.

It is clear that in secondary or reconstructive cases we should lay out clear aesthetics and functional goals to achieve. These goals must be focused on:

Individualising each case and studying it in depth. Establish an order and priority of acting facing difficult repairing situations. It is our goal to get a result both aesthetics and reconstructive in excellence.

Characteristics of the procedure: 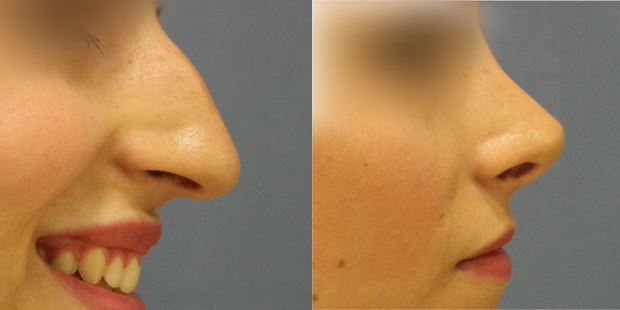 make an appointment
Back

Find out more or adjust your settings.

This website uses cookies so that we can provide you with the best user experience possible. Cookie information is stored in your browser and performs functions such as recognising you when you return to our website and helping our team to understand which sections of the website you find most interesting and useful.

Strictly Necessary Cookie should be enabled at all times so that we can save your preferences for cookie settings.

If you disable this cookie, we will not be able to save your preferences. This means that every time you visit this website you will need to enable or disable cookies again.

Please enable Strictly Necessary Cookies first so that we can save your preferences!